THE OATH OF HIPPOCRATES 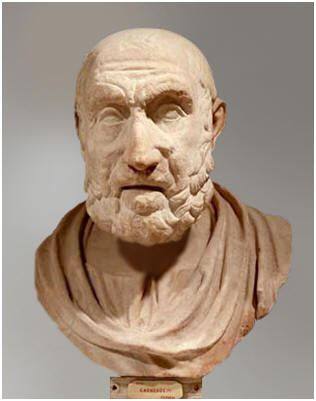 Hippocrates lived in the IV-V centuries BC. It is believed that the document was created in the 5th century, but the location of the original is unknown. The text of the Hippocratic oath was modified and rewritten, as it contained questionable from the point of view of modern society "motivators" and responsibilities.

TEXT OF THE OATH OF HIPPOCRATES

I testify under oath before the doctors Apollo, Asclepius, Hygieia and Panacea, taking as witnesses all the gods and goddesses, and according to my abilities and my understanding

I give the following oath:

• to value on an equal footing with my parents the one who taught me medical skills;

• live together with the teacher, and if necessary - to share with him their wealth; To consider his descendants as their brothers, and to pass on the skill they want to master to them unselfishly and without a written agreement;

• share knowledge, oral instruction, rules, tools, and everything else provided by teaching with my sons, my teacher’s sons, and students related to the obligations and oaths given by the laws of the medical profession, but only with them and not with who is more;

• attribute the regime to their patients for their benefit, in accordance with my knowledge and understanding, refraining from inflicting any harm on them;

• never attribute a lethal means to anyone at his request and do not suggest to him how to implement such a plan;

• similarly, do not give any woman a pessary to induce an abortion;

• maintain the integrity of their lifestyle and their own medical skills;

• never perform an autopsy on a patient, even with obvious signs of stone disease, and leave the operation to a practitioner;

• no matter which house I come to, I will enter it only for the good of the sick, being far from depraved intentions and temptations, especially from the pleasures of love with women and men, whether they are free or slaves;

• Whatever I learn while performing my professional activities or in addition to them, whatever I see or hear about the actions of human life that should never be disclosed, I will remain silent, considering it a secret.

If I steadfastly carry out all that I have testified under oath, may I be given happiness in life and in medical skill and glory to all people for all time, but when I turn from the righteous path or defile this oath, may my fate be the opposite for me.